What is robotic process automation?

A future automation tool that few businesses can live without if they want to scale up, will be RPA. Below I would like to share what it is and how it integrates into processes.

What is robotic process automation?

This is a process where software robots are used to accomplish complex and time-consuming as well as rule-based workflows. Although they are mostly used for backend administrative IT work these software robots is also able to perform many other transactions and tasks in enterprise systems, in databases, and on websites.

These bots are also a lot more efficient than their human counterparts. This is because they are able to provide sophisticated automation solutions and this is accomplished by reducing cycle times. Within the industry, they are very often used to substitute for those people who are normally interacting with those applications. There is a process known as hybrid RPA. This is basically automation that is able to combine unattended and attended tasks that work together. This is mostly used in relation to a process that involves both front and back-office activities. As far as unattended RPA is concerned this is an automation process which will substitute for complete human function. This will involve a virtual workforce similar to processes which are normally associated with back-office activities. Lastly attended RPA is automation that interacts in real time with human counterparts who control and initiate robot tasks. This will also involve embedded functions within apps. These processes are generally associated with the front-office.

It is frequently noted in many industries that companies desire to make use of automated processes which is dependent on structured data sources. The problem with this approach is that 80% of the available data is known as dark data information. Such information can be very difficult to obtain. It is basically unextractable and undigitizable when a company is only using RPA solutions. An additional problem is encountered because of the large variations in the formats which are used in documents. There are also problems as far as communications are concerned which results from the unstructured nature of things such as instant messages and emails. It is for this reason that many companies have to rely on knowledgeable employees who will be responsible to extract the useful information which will then be fed into automated processes.

There are structured formats which include things such as spreadsheets, databases and CSV files. There are also semi-structured formats involving things such as invoices, contracts, mortgage apps, and purchase orders. Among the unstructured formats are things such as email, video, images, and instant messaging. It should be understood that RPA is computer coded. RPA can handle cross-functional as well as cross-application macros. RPA uses programs which is able to perform repetitive and rule-based tasks. RPA should not be associated with talking and walking auto-bots. They are also not reply software, voice recognition or artificial intelligence systems. Lastly, they are not physically existing machines which are able to process paper and documents. RPA is useful when it comes to scraping data from the web. It is very effective when making calculations or connecting to the system API. RPA is able to effectively follow if/then decision rules and it can collect social media statistics. RPA can also extract structured data from documents. It is able to fill in forms and can handle the moving of folders and files. RPA can also effectively handle copying and pasting as well as reading and writing to databases. RPA is able to log into the web as well as into enterprise applications and can also open emails as well as attachments.

This includes things such as dispute resolution and transferring data from one system to another. It also includes things such as website scraping and credit card applications. RPA can handle compliance reporting, order updates, incoming customer email query processing, customer complaints processing, customer order processing, data cleansing, payroll and claims processing and patient registration. We are dealing here with algorithmic and logic driven robots which has the ability to execute a long list of pre-programmed rules on both semi-structured and also structured data. RPA is able to simulate humans as well as the way in which people interact with applications. They can also simulate the decisions which are made when working with those applications as well as the logical processes suitable to those applications. The difference between RPA and chatbots is that RPA does not have to rely on human intelligence in order to function. The only exception will be because of errors and exemptions during the initial deployment phase. There have been many other implementations which had looked at a situation where employees and robots are working side-by-side on semi-automated processes.

As the Chief Technology Officer (CTO) and co-founder of SnatchBot and SnatchApp (Snatch Group Limited), Avi Ben Ezra leads the Group’s long-term technology vision and is responsible for running all facets of the tech business which includes being the architect of the platforms and UI interfaces. Avi has proven tech track record and 15+ years of demonstrated career success developing tech initiatives of organizations of varying size and scope. Avi possesses in-depth experience in developing digital market places within Fintech and AI.
@avi_benezra
Previous Five Exciting New Trends To Watch in Digital Marketing
Next The interaction between RPA software robots and chatbots 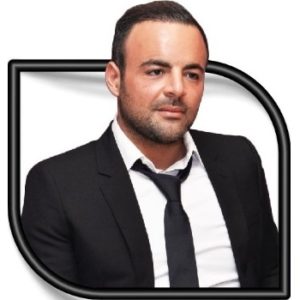